You are here: Home1 / Carrie Marill – Duke and Duchess Series 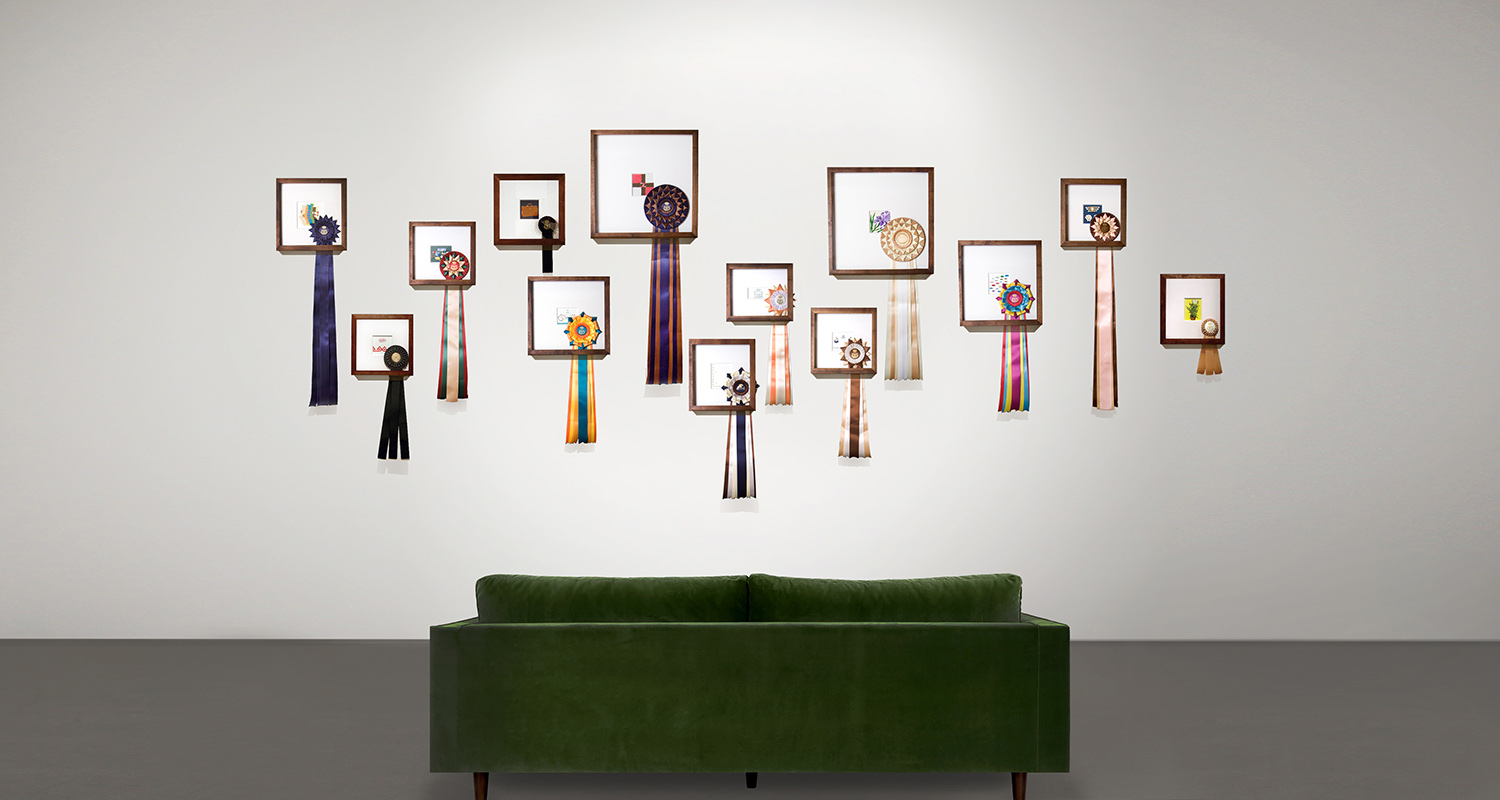 Lisa Sette Gallery is pleased to present an online exhibition of the Duke and Duchess series by Carrie Marill.

The Gallery and our artists are so grateful for your continued support.
Our physical space may be temporarily closed but we would love to hear from you.

Carrie Marill fearlessly approaches the tension between ornament and object, intellectual content and aesthetic emotion.  Marill draws inspiration from a vast body of research–from folk quilts and Persian miniaturists to propaganda posters and industrial design. In each presentation, however, a disciplined philosophy of color and form pervades.

Marill states, “The foundation of my studio practice is an ever-evolving exploration of color and pattern. Studying weavings, quilting, and modern art, I am interested in pushing visual elements to their limits. The resulting paintings expose tensions between the living surface created by bold patterning and the constraints of the two-dimensional surface on which they exist.”Her Duke and Duchess series depicts personal items included in the Sotheby estate auction (#700) that took place September 11-19, 1997 for the Duke and Duchess of Windsor, Mrs. Wallis Simpson and Edward, Prince of Wales. Mounted in walnut frames with adorning ribbons marked with the Windsor/Wallis family seal, these thirteen gouache’s investigate genre painting, celebrity, and the idea of ownership. Perhaps most significantly, these drawings deal with the gluttony of winning and how the act of gaining a possession is often times more thrilling than the end result. Duke and Duchess suggests that the act of acquiring an item from this family of stature, with a history attached, during such an exciting event can prove to be even more desirable than the object itself. Many of the items depicted from the auction were the result of Wallis Simpson’s own frequent acquisitions.

Wallis and Edward’s romance was the number one celebrity affair of their time. In order to marry Wallis, an American divorcee, Edward was forced to abdicate his crown and for all practical purposes sent to exile in France. The unprecedented auctioning off of their personal belongings was set into motion following Wallis’ death in 1986 when the house was leased by the city of Paris to Mohamed Al Fayed, (owner of the famous Harrods department store). Wallis’ will dictated that items from the home (linens, sporting trophies, books, letter openers, cigarette cases, and some paintings) were to be auctioned off for charity. As Calvin Tompkins suggested in a 1997 New Yorker article, it also served as a reminder of the royal life Edward gave up for his life-long love affair.