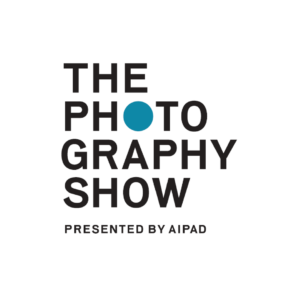 Binh Danh
The Ghosts of Khmer: Light and Memory

In the comfortable histories of our youth, genocide seemed an answered question; the retrograde horrors of a generation removed, a closed book. A decade before the present moment of uncertainty in our global existence, the photographer Binh Danh refused this pat conclusion. Danh’s early work compiled the Khmer Rouge regime’s eerie death portraits—taken in the moments before victims were executed—and transformed them into a living archive of proliferation: Danh devised a method for creating chlorophyll prints on tree leaves, and inscribed hundreds of portraits of lives lost in the Cambodian genocide upon the tree’s organic surfaces.

During his travels to the Tuol Sleng Genocide Museum, the former prison and execution site where the Khmer Rouge portraits were taken, Danh found himself drawn to views of the bleak rooms, cases filled with victim’s belongings, beds with shackles,and menacing outdoor spaces. Later, when conceiving of his recent works, Danh remarks, “I was not sure why the images of these places stood out to me. But in thinking about them I began to remember the images we saw from the prison at Abu Ghraib [in Iraq], and it occurred to me that I have actually been thinking about the images of Abu Ghraib since they appeared in the media several years ago. Maybe we have all been thinking about these images.”
In The Ghosts of Khmer: Light and Memory, we are invited to explore the issue of human individuality and responsibility, and the ways those concepts shift over time, in both the ethereal reflective surfaces of Danh’s large-scale daguerreotypes and the images’ paradoxical subject matter. Portraits of genocide victims etched on the daguerreotypes’ silver surfaces recall the bas-relief idols on the walls of Angkor Wat’s temples, which are also the subject of several of Danh’s images.

“With Angkor Wat,” says Danh, “here is this beautiful architectural achievement of art and religion and Buddhist culture. And it was through the beauty of the Angkor Wat temple that the Khmer Rouge emerged, as the regime sought above all to return Cambodia to its glory days. In order to do that, they had to remove anyone who did not go along with their ideology. This is a theme I return to: the darkness and beauty in our history.”

In these photograms Danh invests a personal discourse about the moral implications of photography. He found himself returning to the philosopher Roland Barthes’ description of the role of death in photographic works. Says Danh, “In an image of someone who has passed, they don’t know they’re dead, because they’re alive in the photograph. But we know they’re dead, because we have lived beyond their time.” In this way, continues Danh, “photographs change society and the way we think about time.”

Danh also considered a far earlier transformation in human perception in the process of making these highly reflective works: the introduction of the mirror. Prior to the moment in the thirteenth century when reflective silverized surfaces were popularized as mirrors, humans defined themselves as members of a group. “At the beginning of human evolution, we didn’t see ourselves in a way that required self-reflection. When mirrors became common, humans became individuals and stopped thinking in terms of the group.”

That essential conflict of human life—how we exist simultaneously as individuals, and as very small parts of a much larger pattern—is illustrated in both Danh’s transformative portraits of the dead, and his scenes of vast and ancient Buddhist statuary in symbiosis with the forest around it. Influenced by the early photograms of Henry Fox Talbot and cyanotype prints of nineteenth-century botanist Anna Atkins, Danh’s daguerreotype plates are glimmering tributes to the photographic moment, seeming to capture in monumental scale a world left behind, and a glimpse at the extremes of our tenuous existence.

An homage to both contemporary photographic theory and the black and white binary that defined early photography, the intensely argent surfaces of Danh’s works present a secondary imagery resembling a double exposure, a vibration of shadow and light around the composition’s edges. Whether in the stark chambers of injustice or the luminous expressions of monumental gods, Danh’s images record a secret energy at play in all human endeavors. As we contemplate the mysterious machinations of human destruction, we cannot lose sight of the generative mystery of the Buddha’s form, rising up from the forest floor.